The band’s music is created in a “scientific-empirical” way, based on themes, using counter melodies and poly-rhythms performed by one or several of the musicians, and with total improvisations during live performances or recorded and reworked in the studio.

Onstage JackDupon, a fictionalized character, travels back and forth through time to help in bettering the world. 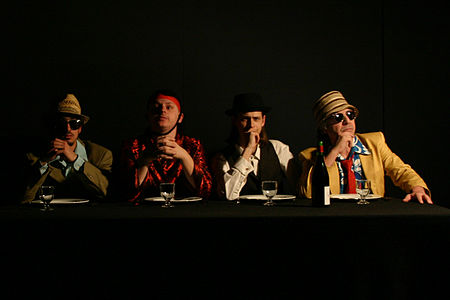